Agony and Ecstasy – Kinks in the Writer’s Journey

Home/Agony and Ecstasy – Kinks in the Writer’s Journey
Previous

Agony and Ecstasy – Kinks in the Writer’s Journey

The good news is, I’ve written another book; bad new, it threw me into massive grief. All part of the ups and downs of writing.

The first draft of a new work, a YA Paranormal, is complete. It’s been on the table for two years, ever since my best friend died. It’s called The Cloud Forest.

Fifteen-year-old Bri Arias survives a car accident but isn’t regaining consciousness. While her body lays comatose, her spirit roams the shaded world between waking and dreaming, life and death. In a parallel version, one where the accident never happened, Bri has the worst summer possible. Her archaeologist mother recruits Bri, and her year 10 Earth Science class, for a dig in the Andes Mountains. Touched by a shamanic spell, Bri becomes a ‘carrier’, a host to souls in transition, and most of them are not human. In one world, Bri is hospitalized and treated for schizophrenia; in another, she discovers a threat to the fabric of life-after-death. The only question is, can she wake up in time to save them both. 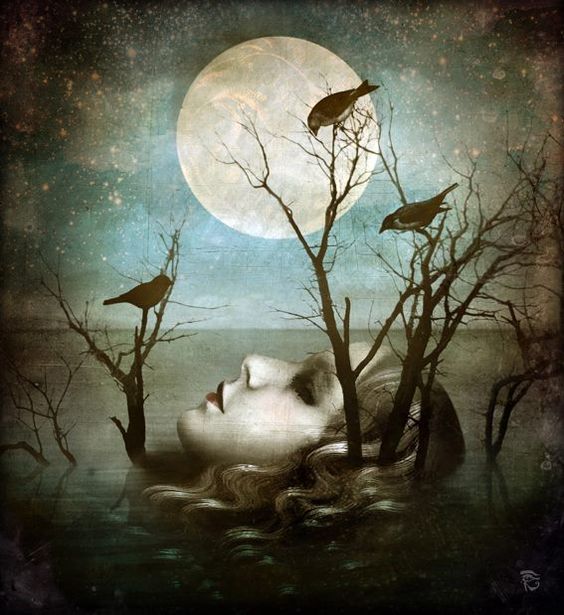 Then there’s the agony

They say Hero’s Journey is a metaphor for life. The stages, twelve or more depending on who you read, correspond to the psychological steps taken every time we step out the door, start a project, job, relationship, degree, oil change, you name it. The process looks awesome on paper. A guide. Encouragement. Full Circle.

But it’s not always that neat, especially at the end if the circle breaks and you spiral into the depths the 13th lost underworld. Here’s how it’s supposed to go:

12. Return With The Elixir

“This is the final stage of the Hero’s journey in which [the hero] returns home to the Ordinary World …. [They] will have grown as a person, learned many things, faced many terrible dangers and even death but now look forward to the start of a new life. – Dan Bronzite

Before any looking forward to new wonders of life, there is the part where you hit the pavement, face first. The agony after the ecstasy of creative accomplishment. You write the book, paint the picture, score the film, edit the video, choreograph the dance … It took you a week, or a month, or two years. You give it your last tweak, mission accomplished and on comes the fanfare! Triumphant Muses! Ticker-tape parade!

Maybe, for some, but for me it’s grief, utter and complete.

Back in the “real world,” elixir in hand, and I want to curl up in some dark hollow and die.

It’s not so uncommon

At first I thought it was a coincidence, like coming down with a depressing flu or something right after finishing a book. But it kept getting worse with each work, each accomplishment, and now, on the completion of novel #13 (The Cloud Forest) I can’t pass it off as ‘whatever’. It felt like a real thing, a real bad thing, so I looked it up.

Sure enough, it happens to other writers.

The strangest thing about finishing a book is the incredible sense of loss — and yes, a bit of depression – when it’s over. – Jungle Red Writers on Post Book Depression 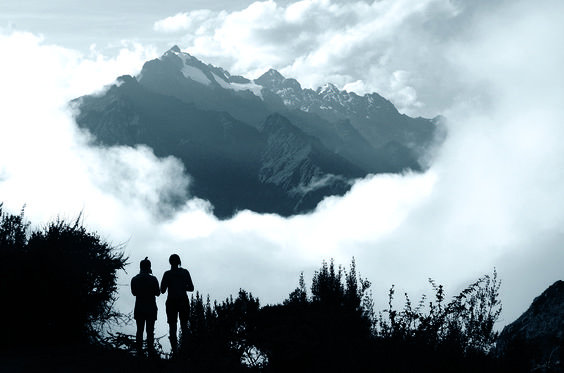 Apparently there’s an evolutionary advantage to depressions and a plethora of scientific studies on the relationship between it and creative expression.

… the creative person, who spends his or her time ruminating on thoughts is likely to suffer from major depression. From an evolutionary standpoint, depression, while seemingly a hindrance to a healthy and happy life, is really a balancing act that helps us focus on the areas where we need to improve most. – Creative Something

If you look deeper at the hero’s journey, it is actually there, in the “refusal to return.”

Step 12b Refusal to Return

When the hero-quest has been accomplished, through penetration to the source, or through the grace of some male or female, human or animal, personification, the adventurer still must return with his life-transmuting trophy. The full round, the norm of the monomyth, requires that the hero shall now begin the labor of bringing the runes of wisdom, the Golden Fleece, or his sleeping princess, back into the kingdom of humanity, where the boon may redound to the renewing of the community, the nation, the planet or the ten thousand worlds. But the responsibility has been frequently refused. Even Gautama Buddha, after his triumph, doubted whether the message of realization could be communicated, and saints are reported to have died while in the supernal ecstasy. Numerous indeed are the heroes fabled to have taken up residence forever in the blessed isle of the unaging Goddess of Immortal Being. –The Hero with a Thousand Faces, Joseph Campbell

For me, it’s not so much a fall into darkness but divine homesickness, leaving the table of the gods behind. Leaving the world behind. It lasts a day or two, then slowly wears off, like a troubling dream fading away.

Only then can I begin to think of the next step, the next work, and the process begins all over again.

Has anyone else felt this way after the story is told?