Public speaking sucks. It’s mandatory for final year medical science, so I put up with it. Still …

Ten a.m. came with the expected physical signs: burning eyes, stiff neck, headache. Oh, boy. My palms were sweat­ing as I walked to the podium, footsteps echoing through the virtually empty UCLA lecture hall. That was a plus. It lessened the potential for public humiliation. The only seats occupied were the front two rows. I squeezed my eyes shut a few times, trying to alleviate the sting … eye drops might have helped, along with fresh contacts. They were prescrip­tion, for my mixed astigmatism, a near-far sighted combo, and tinted to keep down the glare. I had partial colour blindness too, but that’s another story. Bottom line, sleep deprivation wasn’t a good look. Hopefully, the examiners would be glued to the screen, and my riveting presentation, not my tired face. 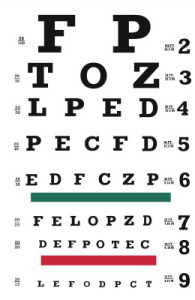 It took a minute to password my way through security, log into my CloudBox — and bring up the visuals. I synched with the screen behind me and cleared my throat. ‘Good morning, faculty.’ My voice broke and I tried to humph without sounding like a cat coughing up a fur ball. This was not my favourite part of being fourth year: standing in front of a critical audience, my knowledge and abilities in question. Who in their right mind would want to try and explain auto-immune disorders to a group of scientists who knew hundreds of times more about the subject than any­one alive?

The mic gave an ear-piercing screech as I adjusted it, which didn’t help to calm me down. The lights dimmed and the large screen illuminated. The glare was so strong, I couldn’t read the notes on my tablet. Perfect. I sucked in a deep breath, and ploughed on.

‘Since the first wave of the Aftermath, auto-immune disorders have escalated, not just here in LA, but globally. These diseases cross all borders, cultures and peoples, tar­geting young and old alike. The epidemiology is hard to trace, but at its core is a potentially fatal flaw …’ I choked on that. This topic got under my skin because I had one of those pesky flaws myself. At times like these, I could almost hear the clock ticking. I cleared my throat. ‘ … a potentially fatal flaw in the evolution of the human genome. Constant bombardment from microwaves, radiation and carcinogenic substances has caused an abnormal gene expression, includ­ing the conditional deletion of the Bcl-x gene from red blood cells, which becomes apparent when the body loses its abil­ity to tell the difference between self and non-self.’ 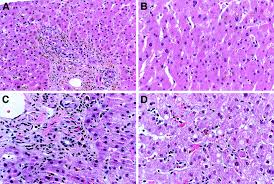 I swiped the small screen on the podium, bringing up the next visual behind me. It showed a clip of a blood clot forming at 500x magnification, courtesy of APS — an­tiphospholipid antibody syndrome — in action. As I talked about causes and potential cures, moving on to my per­sonal favourite, hemolytic anemia and its variants under the umbrella of AADD — Aftermath associated degenerative diseases — my eyes came back to one of the examiners. I’d never seen him before, which wasn’t uncommon. UCLA hosted the largest science campus in the western US, and specialists in the field were invited in to evaluate fourth year students, especially ones like me who hoped to land an internship with the LA branch of the CDC, the Centre for Disease Control. This guy looked too young though. Maybe an intern auditing my talk? Who are you?

The thought floated through my head. Not a welcome distraction. Every time I looked, he was staring at me, his expression a cross between curious and accusatory. It raised the hairs on the back of my neck. Oh, hell! I had the freak­ing wrong slide up. I pulled my focus back to the presenta­tion and kept my gaze well away from handsome mystery man in seat A15. Sure, it registered. Handsome. 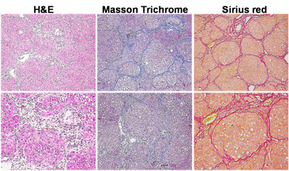 Twenty minutes later, the lights went up and there was a brief, but slightly more than perfunctory, applause. On a scale of one to ten, for senior lecturers that was at least a nine, nearly a standing ovation. It made me smile, and in a momentary lapse, my eyes drifted back to seat A15. Big mistake. The floor was open to questions, and he took it as a personal invitation.

‘You mention the fatigue associated with auto-immune hepatitis. What test would differentiate auto-immune liver disease from other hepatic disorders?’

I swallowed hard, not because I didn’t have a damn good answer, but because his eyes were boring into me. Almond-shaped dark eyes. They had a wild look, or was that the unruly hair? It was like being on a witness stand, which I guess was the point of the exercise. He wasn’t coming across as an intern. His voice was too confident. I reviewed the role of typical histological findings in both AILD and other chronic liver diseases, finishing with a discussion of immu­noglobulins and various triggers for immune response. He questioned again, and for a while, we had our own private ping-pong match going on. Then others had comments and questions for me and, while I engaged, out of the corner of my eye I saw him check his phone. He nodded vaguely in my direction and left. As he walked out of the hall, a linger­ing thought again floated through my head.